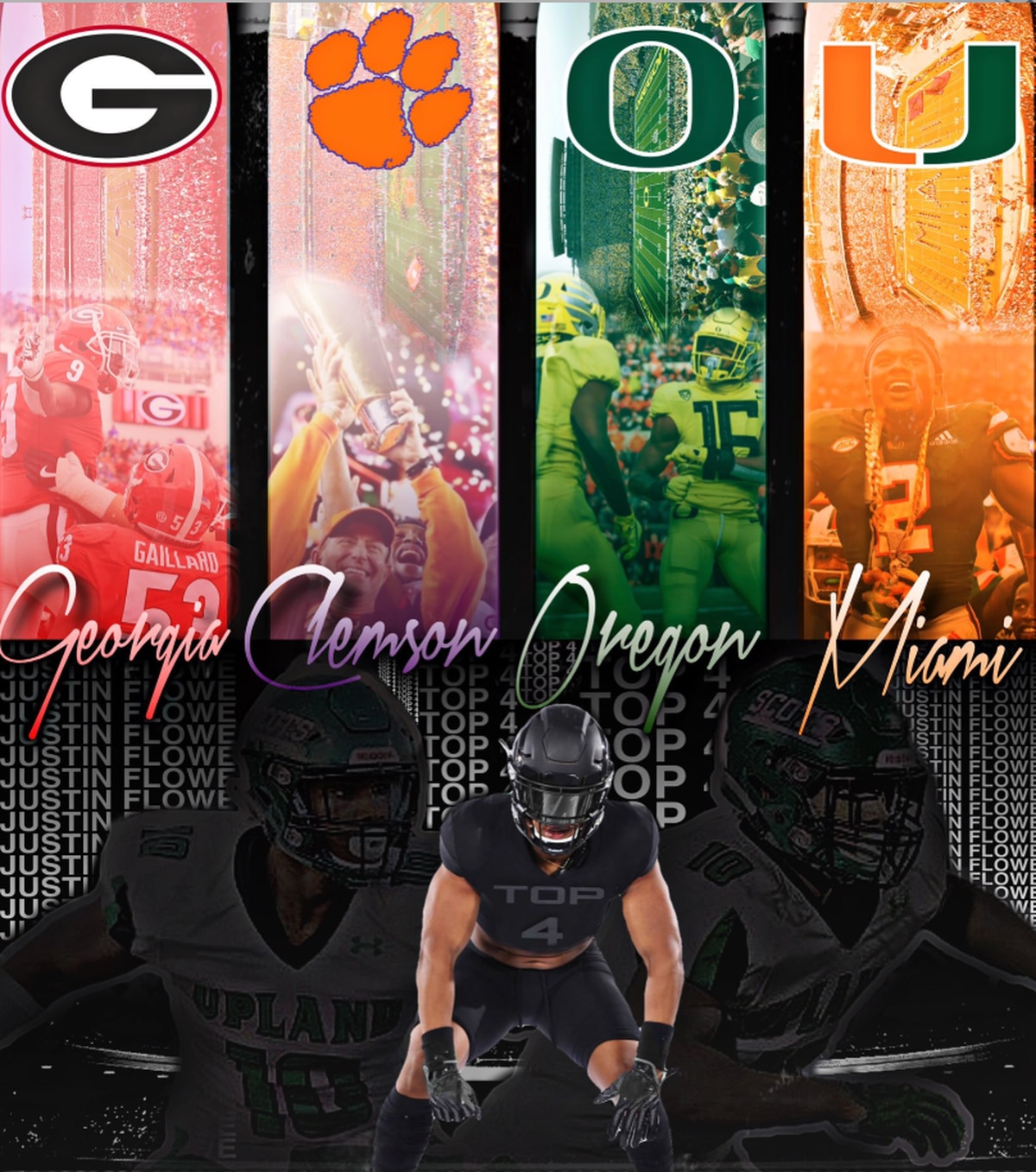 The Oregon Ducks are in the mix for several elite soccer prospects at the beginning of the season, but no position has more potential than the linebacker.

While five-star linebacker Oregon recruiting Noah Sewell has been at the front and center for months, thanks to its connection to the program through Big Brother Penei Sewell, the Ducks also have a chance to get the linebacker from Five stars Justin Flowe.

The 6-foot 2-inch, 225-pound sponsor, from Upland High School (Upland, California), has Oregon in the top four, along with Clemson, Georgia and Miami (Florida), and its recruitment has acquired a similar trajectory to Kayvon Thibodeaux.

Oregon fans can only hope that Flowe's recruitment ends with a similar outcome, and his first game of his senior season did nothing to calm that buzz.

Wearing Oregon gloves, according to rivals national recruiting badyst Adam Gorney, Flowe's move went viral when he hit a ball carrier in the back field with a rotating body:

Here is another angle of the game worth highlighting (but that induces penalty):

Flowe is rated as the country's No. 1 internal linebacker and national number 6 prospect, according to 247Sports, while Rivals qualifies him as the number 1 internal sponsor and number 3 prospect at the national level.

The Oregon recruiting clbad is ranked number 15 nationally and number 1 in the Pac-12 Conference.