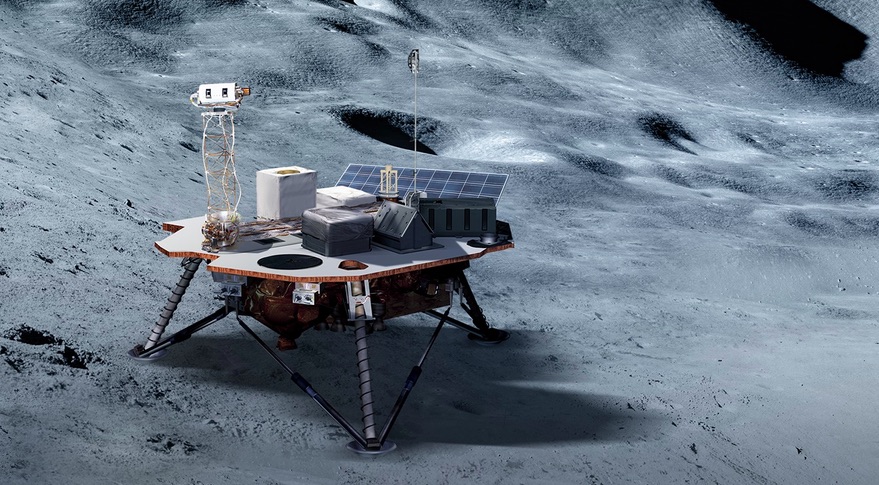 WASHINGTON – NASA announced on May 31 the awarding of more than $ 250 million in contracts to three companies to deliver NASA's payload to the lunar surface by 2021.

The agency said it awarded contracts to Astrobotic, Intuitive Machines and OrbitBeyond to transport up to 23 payloads to the Moon in three commercial lunar landing missions scheduled for launch between September 2020 and July 2021. The three companies were selected for these orders of the nine companies that received the prizes of the Commercial Lunar Cargo Services (CLPS) in November 2018.

"Today, NASA becomes a customer of business partners who will deliver our scientific instruments and our lunar technology to the surface of the moon," NASA Administrator Jim Bridenstine said in a statement taped during a webcast. the agency about the announcement.

OrbitBeyond is the first of the three scheduled to fly, and currently the company plans to launch its Z-01 lander on a SpaceX Falcon 9 in September 2020. The New Jersey-based company, which has links to India's TeamIndus, ex Google Lunar The X Prize team received $ 97 million from NASA to fly up to four payloads in a lander programmed to land on Mare Imbrium.

Astrobotic plans to launch its Peregrine lander in June 2021 and will land in July. The company had previously announced plans to fly the payload as a secondary load in a United Launch Alliance Atlas 5, but John Thornton, Astrobotic's chief executive, said in the NASA Internet broadcast that the company was "evaluating our launch options. and taking a decision very shortly. "The company received $ 79.5 million for transporting up to 14 payloads to the Lacus Mortis crater.

Intuitive Machines plans to launch its Nova-C lander on a Falcon 9 in July 2021, landing on the moon six and a half days later. The Houston-based company received $ 77 million to transport up to four payloads in its lander, which will affect Oceanus Procellarum or Mare Serenitatis.

NASA has not revealed which payload will fly in each mission, although it selected a dozen payloads within the agency in February for a possible flight in the CLPS missions. In a statement, NASA said it will manifest specific payloads at each mission in late summer.

"These experiments are mainly focused on volatiles, such as water," said Thomas Zurbuchen, NASA's badociate science administrator, on NASA's webcast. Other areas of interest focus on the geology of the moon and its environment, including those that help prepare for future human missions under the Artemis program of the agency.

"We really want to go to land first, with robots," he said of the agency's exploration plans. "We want to go explore where we want to land with our fellow humans and be ready for that."

NASA has pointed to the south pole of the moon for the first lunar landings. None of the companies selected in these CLPS contracts have plans to land on the moon with those initial missions, but future missions could land near the south pole.

NASA plans to grant additional CLPS missions in the future, Zurbuchen said, but did not give a timetable to do so.