Home / U.S. / Pilot goes viral after filming aftermath of his plane crashing into the ocean 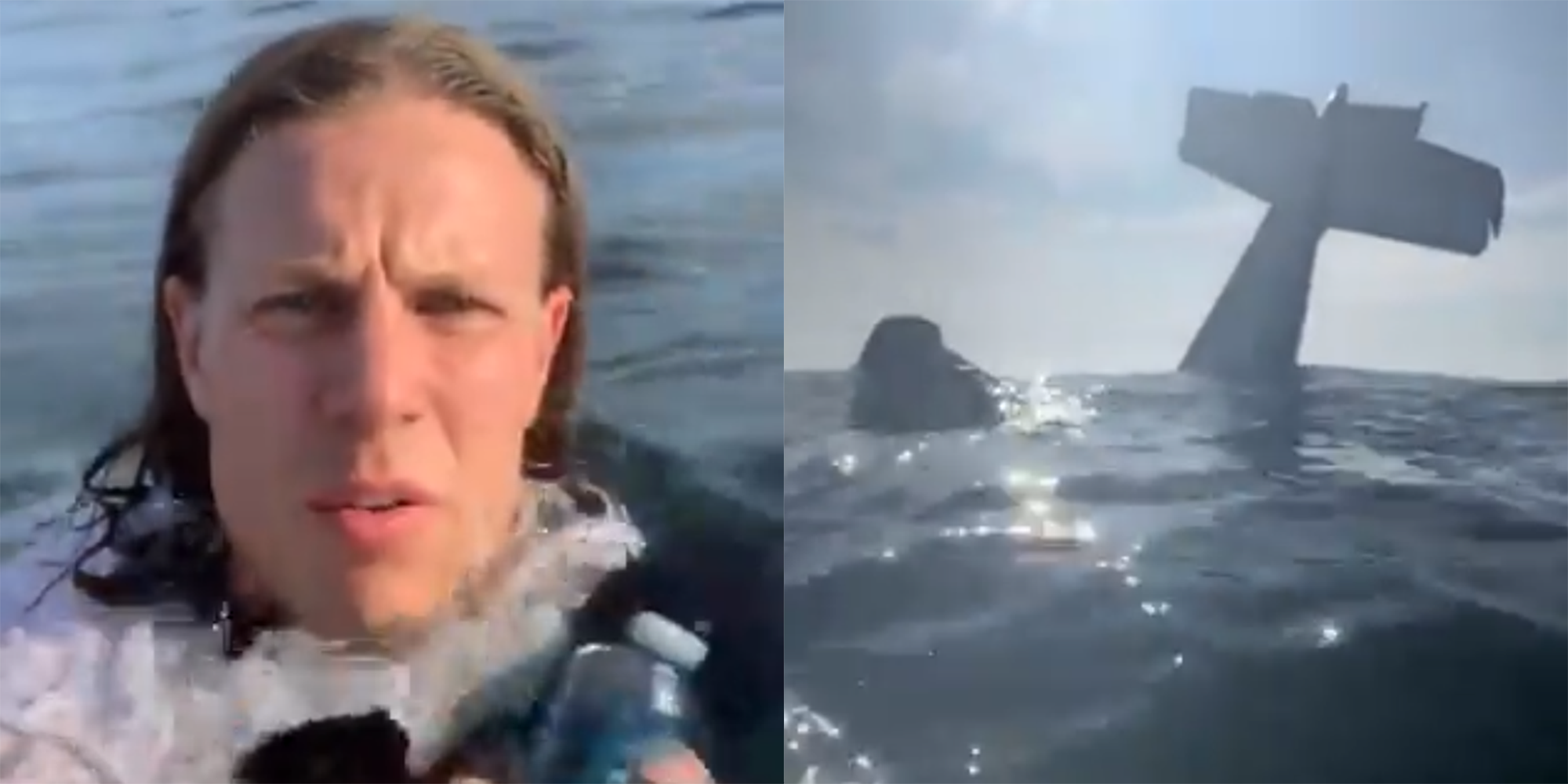 A pilot has gone viral after he filmed the aftermath of his plane crashing directly into the ocean – yes, he really did that.

David Lesh, 34, and his friend Kayla, plunged into the ocean when the engine on their plane failed off the coast of San Francisco on Tuesday afternoon.

The friends were in the middle of an air-to-air photoshoot when their light aircraft lost all power outside of Half Moon Bay, California.

Speaking to CNN affiliate KPIX, Lesh quashed rumors that what happened next was a publicity stunt. Speaking to the network, he said:

No, it's not true, for many reasons. One, I just bought this brand-new airplane. It was my pride and joy on its first maiden voyage.

According to ABC7 reporter Amanda del Castillo, who got the scoop, the lead plane flew overhead, taking photographs of Lesh's Beechcraft plane, when the pilot Owen Leipelt noticed that they'd hit the water.

He promptly called Air Traffic Control, who in turn called the Coast Guard, leading to the pair's prompt rescue.

Excuse the language, BUT moments before this video was taken, these two went down with their plane. Incredible!

She also shared three other videos of Lesh, documenting his rescue and the sinking of his plane into the bay.

The second pilot's quick response to report the downed plane and remain on scene greatly aided the Coast Guard's prompt response and ability to save two lives.

Both Lesh and his pbadenger refused any medical treatment after the crash, reports CNN.