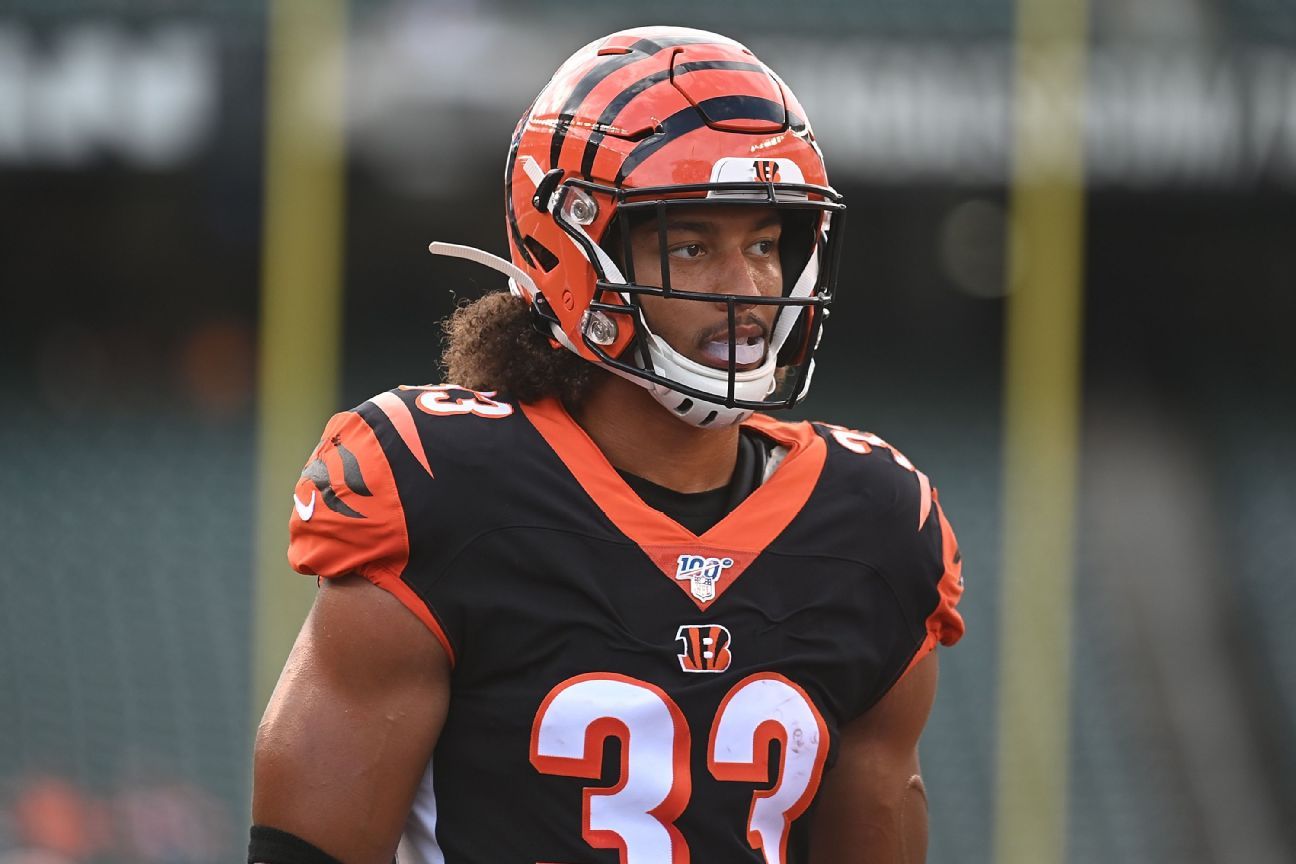 CINCINNATI – The season of one of the promising rookies of the Bengals is probably over.

Team officials believe runner Rodney Anderson tore his ACL again at the end of Thursday's preseason, a source told ESPN's Adam Schefter. It would be the second time in so many years that Anderson suffered exactly the same injury.

The sixth-round team left Thursday's game with a right knee injury after a 4-yard run in the first quarter of the Bengals' loss by 13-6 against the Indianapolis Colts. It was Anderson's second game of the preseason and it was three weeks after he was authorized to practice.

Anderson tore the ACL on his right knee in the second game of his 2018 season in Oklahoma. The rookie was expected to provide depth to a Bengals field that features veterans Joe Mixon and Giovani Bernard.

In the third preseason game, Anderson showed why the Bengals used a last-round pick on him. He had four catches for 51 yards in his first game since he was in college and received praise from rookie Bengals coach Zac Taylor.

But once again, a promising year seems to have stopped abruptly. In Oklahoma, he suffered three injuries that ended the season. In four years, he appeared in only 17 games for the Sooners.

Anderson was one of two runners selected by Cincinnati in the sixth round of this year's draft. The Bengals also took Trayveon Williams from Texas A&M, who led the SEC in the race in 2018.

If Anderson will be out all season, the Bengals will likely have an additional place available before Saturday's list cuts. It could also increase Williams' role when he returns to the field. He missed the last two preseason games with a foot injury.