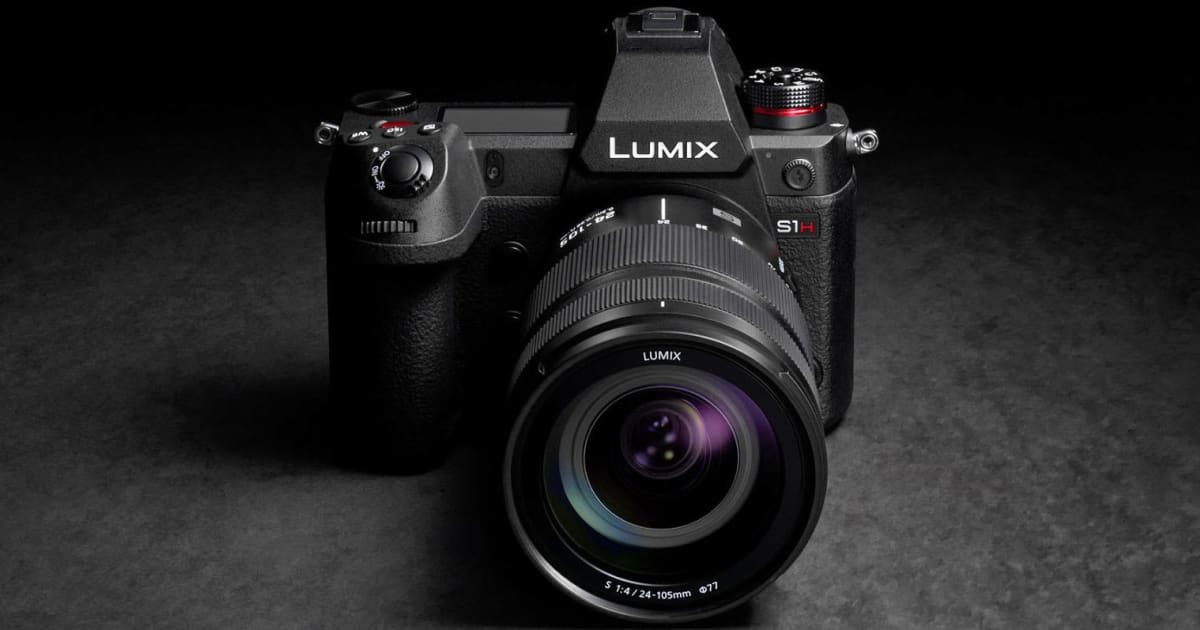 There is no doubt that the S1H will be the most advanced full-frame mirrorless camera for video, far ahead of all Canon, Nikon and Sony cameras. You can record 5.9K 16: 9 video at up to 30 fps, giving you more options to enter or cut out for a final 4K release format. It can also record full 6K in an aspect ratio of 3: 2, and is compatible with film-oriented anamorphic lenses like the GH5.

Panasonic notes that the S1H is the world's first full-frame mirrorless camera to handle 10-bit DCI 4K video (4,096 x 2,160) at up to 60 fps. However, this is a slightly dubious claim, since the camera will cut the 4K DCI video to a size equivalent to Super 35 mm (approximately APS-C). Still, it seems to be the largest and most effective sensor area in a mirrorless camera for 4K video at 60 fps, the Panasonic GH5 (4K 60fps in Micro Four Thirds) and the Fujifilm X-T3 (4K 60fps in APS-C with a culture of 1.25x). However, it will take 4K 30fps video using the entire sensor area, just like the S1.

The S1H will pack the V-Log / V-gamut modes out of the box, offering more than 14 stops or dynamic range, the same at $ 20,000 + Panasonic's Cinema Varicam. Panasonic points out that the color management is the same as that of the GH5 / GH5 and Varicam models, so you can mix and match easily when taking pictures with all three cameras.

With the large sensor and 6K video, the S1H could heat up, so Panasonic designed it to dissipate the heat better than the S1 / S1R. As such, it offers unlimited recording lengths, making it a good choice for event videography.

There is much we do not know about S1H, however. It is unclear whether it will include a contrast detection AF system with depth of blur such as S1 and S1R, or whether it will use a hybrid phase detection system (laughter seems unlikely). Panasonic also did not say whether it would have an internal stabilization or other features available in the S1 / S1R, and it did not even reveal the resolution of the sensor. However, he did say that the camera would cost around $ 4,000 and sometime this fall.

Panasonic also revealed more details about the payment software update that comes with the Lumix S1. The "Updating firmware key DMW-SFU2" for the camera will arrive in July and will transform it into a much more impressive video camera. Once installed, the S1 will support 10-bit internal and external 4: 2: 2 recording, with laughter of up to 60 fps. It will unlock the V-Log / V-color modes with more than 14 stops or resolution, just like the S1H, which means that the two cameras could share the same sensor.

You will also get the LUT application on the camera to make monitoring on the set more accurate, 96Hz audio with an optional XLR accessory and a waveform brightness level display. It will arrive in July, but Panasonic has not included the price, which leads me to believe that it will be quite high.

Given the limited selection of L-Mount lenses, Panasonic introduced 1.4x DMW-STC14 and 2x DMW-STC20 teleconverters. They will make the current Lumix S Pro 70-200mm F4 O.I.S. and the next 70-200 mm f / 2.8 models are a bit more useful when doubling the focal length, transforming them into super telephoto lenses at the expense of a certain speed. They will arrive sometime in the fall of 2019 with prices yet to be determined.

Finally, by showing its narrow line of sensors, Panasonic introduced a new and impressive lens for its GH5 and other Micro Four Thirds cameras, the Leica DG VARIO-Summilux 10-25 mm f / 1.7 ASPH. In the upper part of the fixed aperture, which will allow a reduced depth of field and a large bokeh, it has some features specifically designed for video shooters. This includes a silent zoom mechanism, which means it does not zoom in or out when adjusting focus, much like a real movie lens. Panasonic also did not disclose the price of this product (come on!), But given the specifications, it expects it to be less than $ 1,000.