Trey Gowdy says public hearings are a circus after the Strzok audience: “It’s a weird show” 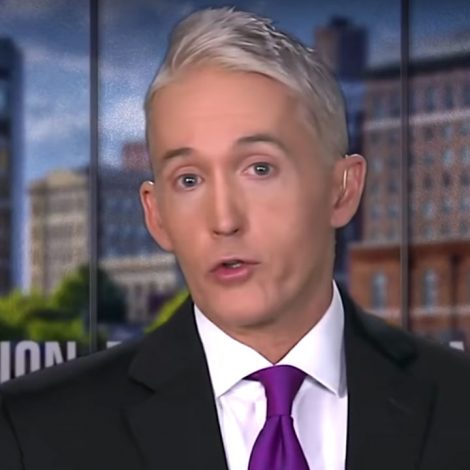 Congressman Trey Gowdy was one of many Republicans who questioned FBI agent Peter Strzok during last week's public hearing, but admitted today that the private audience was much more constructive [19659002] Gowdy confronted Strzok because of his prejudice in the way of his trial, something that Strzok denied vociferously.

In Face the Nation this morning, Gowdy told Margaret Brennan that she exhibited a clear bias against President Trump saying that "I think there are others four or five agents and unidentified employees of the Department and the Department who were also prejudiced. "

When Brennan asked if the Strzok hearing is used as a way to combine some FBI agents with the entire agency, Gowdy said this:

And although he said at the top of the interview that he does not agree with the characterization of the "witch hunt," he said it's easy to understand why Trump might think that people "

But, Gowdy added : "What I would say to the President is that no American has been accused of conspiring to hack the DNC, but Russia did attack us, so concentrate on the first objective of that motor jurisdiction. Let the second tooth develop. But so far with whom if someone did, we have a big zero with respect to the Americans. "

Look up, through CBS.

Do you have advice we should know? Tips@mediaite.com