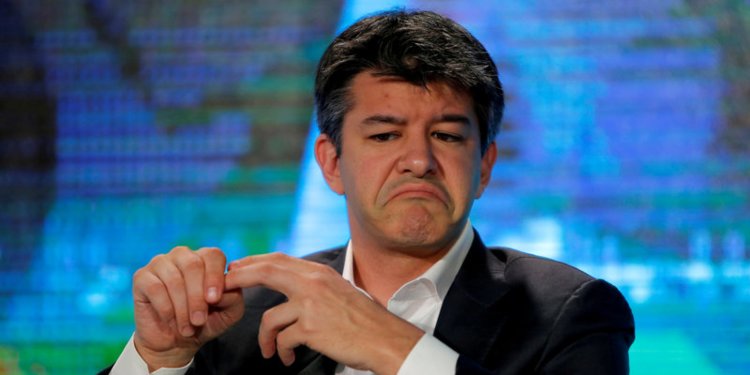 In 2017, Uber executives huddled in the hallway near a conference room at the four-star Le Meridien hotel in San Francisco.

They were there to come up with a game plan, Mike Isaac writes in "Super Pumped: The Battle for Uber," which was released this week, and it had to be good.

The group not only just saw the results of a condemnatory survey that said "people enjoyed using Uber as a service. But when you mentioned Travis Kalanick, customers backed down, but a video that had just appeared would become an important part of Kalanick's fall of grace:

"The four executives gathered [a] portable, with Kalanick kneeling on the floor in front of the chair. They watched as a granulated video of the camera began to play. Recorded from inside an Uber, the video shows a driver with three pbadengers: two women and a man, Travis Kalanick, sandwiched between them in the backseat. "

The clip, by Kalanick scolding a driver who blamed the executive for lowering wages, spread like wildfire, reaching far beyond Bloomberg to local television newscasts across the country, as well as to Business Insider.

"Some people don't like to take responsibility for their own shit!", Kalanick can be heard screaming in the video.

"You two are not strategic or creative enough to help us get out of this situation," he said. The room was silent while Kalanick's insult floated in the air. Whetstone and Hazelbaker had had enough. The two stood up, collected their belongings and left the room.

Later, around pizza and beer at the San Francisco home of Jill Hazelbaker, now the company's senior vice president of marketing, communications and public policy (the one mentioned in the previous appointment), morale did not improve much.

Finally, the team came up with a press statement and an apology from Kalanick that was also posted on the company's blog. Four months later, Kalanick would resign.