Home / U.S. / Watch the video of "The OverExplainer" react to Viral "Black men do not cheat" 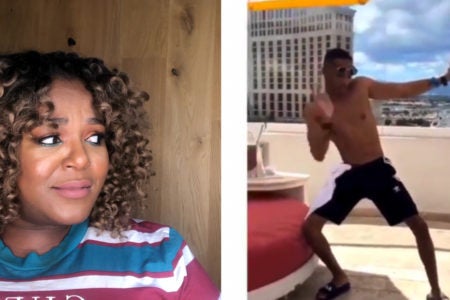 It's that time of year again! It's summer, also known as time for sun, fun and twerking! The Shade Room posted a video of a young man without a shirt, living his best life, dancing, completely alone, until a woman jumps in front of him, ready to twist his cheeks.

But not so fast! The young man's girlfriend was not far away and approached, politely, but firmly and closed all the time, while he held and ate a brownie. The magic of the black girl has no limits.

When the boyfriend posted the video on his Instagram, he used the hashtag in the caption: #BlackMenDontCheat. That is a refreshing take!

Watch the video above of "The OverExplainer" that breaks down and reacts to this viral moment.